A Mom’s Take On Sharing Skiing With the Next Generation

For many families in Utah, skiing is a way of life that is passed down from generation to generation. A woman expecting her first child reflects on her family’s multi-generational skiing connection to Utah’s mountains and how she will pass down the tradition while living out of state.

I distinctly remember the rubber handle that was connected to the twisted rope tow on the bunny hill at Alta Ski Resort. I always felt like I had to brace myself for the sudden jolt when the handle would come around, letting me know it was my turn to grab on. If I wasn’t ready or fast enough I could easily face plant into the packed snow. With a line of kids behind you, face planting was obviously something I wanted to avoid.

Fast forward 30 years, I’ve come a long way since my fear of rope tows. I no longer live full-time at the base of the Wasatch Mountains, but continue to make regular trips back to ski powder, hike and reminisce with family and friends. When I recently became pregnant with my first child, a little girl, it got me thinking more and more about how she will learn to ski and form her own memories skiing in the Wasatch, just as I did. She’s inheriting a legacy of skiing.

"When I recently became pregnant with my first child...it got me thinking more about how she'll learn to ski and form her own memories skiing in the Wasatch. She’s inheriting a legacy of skiing. "

My parents met through life in Salt Lake’s Little Cottonwood Canyon — home to Alta and Snowbird resorts — and spent their younger years skiing and adventuring in the Wasatch. My mom, Joni Dysktra, learned to ski with her three younger brothers, when she was 9 years old, at Beaver Mountain in Logan Canyon. She later worked as a banquet waitress at Snowbird, then moved to the safety patrol team and then ski school where she worked until 1994. The year that I was born, 1986, the Wasatch had a long ski season, giving my mom the chance to ski up until 10 days before I was born. She even skied the Baldy Chutes — considered one of the steepest runs at Alta.

My dad, Peter Lev, grew up in Southern California and first learned to ski with his sister when he was around 10 years old. He first visited the Wasatch in the mid-60’s and eventually moved there for the winter seasons. In 1971, he got a job with the forest service working as an assistant snow ranger for Alta, then moving to work as an avalanche forecaster for the Utah Department of Transportation for the town of Alta, where he worked until the early 90’s (Read: Ski In, Never Leave).

With both parents working in the canyon, my time as a kid was always spent on the mountain in the winter. I learned to ski at both Snowbird and Alta and when my parents went to work, I went to ski school (Read: Locals Know Why Ski School is Cool). Long days of shuffling on and off chair lifts in every type of weather was a regular weekend occurrence. Saturday morning cartoons were traded for drives up the winding roads of the canyon.

Long before I became pregnant, I knew that I’d be eager to share the legacy of skiing with my own children. And once pregnant, I was ready to begin that tradition.

But to my surprise, my doctor told me not to ski while pregnant. I explained to her that that was what I did in the winter. Skiing is what keeps me happy during the cold winter months. After some back and forth and explaining my experience level she said, “Well, I’m not a skier so I can’t say from experience but if you are going to do it just listen to your body and use caution with your activities.”

So, generally speaking, skiing during pregnancy isn’t recommended by doctors. I had a chance to speak further with Utah native, skier, and maternal fetal medicine doctor at St. Mark’s Hospital, Jeannette Chin, about the subject. “I typically would not recommend a patient ski unless they are an expert skier. However, each individual and ski level should be taken into consideration. Our biggest concern while skiing or snowboarding during pregnancy is a fall or collision that could cause abdominal trauma.”

As someone that already spends 90 percent of my time backcountry skiing I felt confident that a collision was less likely in the backcountry. That being said the backcountry has its own set of risks and I would never go out into the backcountry on a high avalanche danger day. I always make sure that my husband and I are clear on what the plan is and we ski extra conservatively when in new areas. We remain flexible and have a clear line of communication with friends that we are out with so that if I feel I need to turn around at any point it doesn’t come as a surprise to anyone. Preparedness also includes having extra food and water, as pregnant women are more susceptible to dehydration, and always carrying a full first aid kit.

Ali takes a pause while on a backcountry ski in the Wasatch Mountains.

I have taken three backcountry huts trips since being pregnant, two where there was cell service and one where there wasn’t, so as an extra precaution my husband and I invested in a Garmin inReach, which works as a satellite communicator in places where there is no cell phone reception. With the inReach we can send and receive messages, navigate our route, and incase of emergency, pregnancy related or not, we can send an SOS to a 24/7 staffed emergency response center.

Even though I prefer the backcountry, I make it to the resorts a few times a year, particularly when I go home to Utah. As my pregnancy moves further along I am trying to avoid holidays and weekends when crowds tend to be heavier at the resorts. Avoiding tight tree runs, questionable snow conditions, and bad visibility are also things I keep in mind (Read: How to Prepare for Your Utah Ski Vacation).

As clothing gets tighter and I breathe heavier skinning uphill or doing multiple resort laps, I have learned to lower my expectations when I am out. Some days are better than others so I try to just give myself credit for getting out whether it’s for one run or a full day. I’ve learned that pregnancy isn’t a time to push through the pain or overdo it, that being said, skiing makes me happy and mental health is important during pregnancy. “If being outside and staying active adds to your mental health, that’s something we want to keep in mind when advising patients,” noted Dr. Chin.

Your body is essentially working overtime during pregnancy, so any kind of strenuous activity can lead to burnout much faster. Making the decision to ski while pregnant is something that I have continued to evaluate throughout my pregnancy based on how I feel. As with any activity while pregnant it’s important to consult with your doctor before making any decisions.

"I’ve learned that pregnancy isn’t a time to push through the pain or overdo it, that being said, skiing makes me happy and mental health is important during pregnancy."

Creating Your Own Family Ski Tradition in Utah

With 15 ski resorts throughout the state, families in Utah have no shortage of slopes to choose from. Accessibility and a family-friendly environment with many options for ski school, daycare, and youth ski teams offers families an environment that nourishes a kid's desire to learn to ski or snowboard (Read: Ski Options for Families).

In Salt Lake Valley, the closest resorts, Alta, Snowbird, Brighton and Solitude, are in Little and Big Cottonwood canyons. Local ski legend Connie Marshall, who worked at Alta for 44 years, including as their Public Relations and Marketing Director, has fond memories of connecting with locals and repeat visitors. “While managing the PR I really got to understand what parents were looking for.” Her and Onno Wieringa (former Alta General Manager) created the “Ski After 3” program to provide more availability and affordability to families (Read: Utah Ski Deals). “It was important for us to tie the daycare into the ski school so that little ones could still have snow play time and make it easy on families to register for both together at the same time,” she says.

For many parents working in the canyons and returning ticket holders, friendships were forged on the slopes and in the dining halls over shared baskets of fries. “We raised our kids in the canyon and life at Alta was and still is in a lot of ways a small community resulting in lifelong friendships,” says Connie.

Even for out of towners traditions can be made on the mountain. ​​”For people who are new to skiing, snowboarding, and/or Utah, start some new traditions with your friends and family. It can be based on something you always do — or something you have always wanted to do. Challenges can make for fun traditions, too — like setting a goal of skiing every resort in Utah or finding the best cup of hot cocoa,” notes ​​Sara Huey, Communications Manager of Solitude Mountain Resort.

"For many parents working in the canyons and returning ticket holders, friendships were forged on the slopes and in the dining halls over shared baskets of fries."

Skiing in Utah is a tradition, whether you are from the area or not, and new traditions can be made with each generation and throughout the changing seasons. From hiking through the colorful fall leaves and summer wildflowers to skiing the world famous powder, I always find an appreciation for Utah’s mountains no matter what time of year I visit. I know that despite living out of state we will make annual pilgrimages back to my home state where our little girl will hopefully get to ski with her grandma and see where I learned to pizza and french fry.
Share On 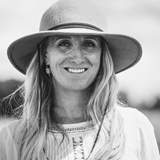 About the Author – Alexandra Lev

Alexandra (Ali) Lev is a freelance writer and content developer focusing on subjects ranging from adventure and outdoor travel to women's topics and mental health and the environment. A Salt Lake City native who now lives in Portland, Oregon, her free time is spent adventuring in the backcountry with her husband and their two Siberian huskies. Follow her at luckyalexandra.com or @luckyalexandra.

Utah's easy access and reliable snowfall keeps ski vacation planning simple, but you should still review our checklist to minimize delays and maximize downhill. If you have any questions as you make your plans, feel free to chat with our team using the button in the corner of this page.