Discover an Outdoor Stage in Utah's Canyon of the Gods

The locations that first pop into your mind when you want to see theater are probably New York City, Chicago, Los Angeles or London. There is no denying the strong theatrical presence in those metropolises. However, tucked within the red rock canyons of Southern Utah lives a theater that’s well worth a visit: Tuacahn Amphitheatre.

During the summer, I made the trek down to St. George from Salt Lake City with a few friends. We wanted to get away from the bustle and lights of the metropolitan Wasatch Front for a little bit, explore Southern Utah and see that outdoor stage for ourselves. We had picked up our tickets for “The Prince of Egypt” months in advance and anxiously awaited our getaway.

Full of road trip junk food, we pulled into St. George in the late afternoon and checked into our hotel. In order to make use of lighting and effects, shows at Tuacahn Amphitheatre don’t start until 8:45 when the sun sets. This late start gave us plenty of time to walk around St. George and grab a bite before the show began. (Find more ideas at How to Experience the Thriving Arts & Culture of St. George.)

After dinner, we drove northwest out of the city and noticed how quickly the shops and businesses gave way to a neighborhood of homes in earth tones. The city instantly disappears, and you all but forget the homes because they blend into their environment. The red canyon walls of Snow Canyon State Park loom ahead, and we know we are almost there.

Suddenly, the definition of Tuacahn — ”Canyon of the Gods” — makes sense.

"This isn’t something you can see in L.A. It’s stunning."

We pull into the parking lot and join the crowd moving towards the amphitheater. The landscape is tastefully decorated with fountains and a small stream that transform the area into a desert oasis. Large steps take us to a plaza with the ticket office, gift shop, concessions and an area where patrons are gathered and chatting. While the pre-show buzz feels similar to other major performing arts venues, this one feels different. It’s hard not to look over shoulders at the landscape. We show our tickets to an usher and take a program.

People congregate at the top of the audiences’ seats where fan-dispersed misters gently provide relief from the mid-July heat. Sloping down from the audience, the stage sits empty, awaiting the start of the show. But the real eye-catcher is behind the stage. There is no back wall, at least not in a traditional sense. Instead, several feet behind the stage, the red canyon walls of ancient Entrada sandstone rise up and provide a natural enclosure. With little effort, the rocks feel reminiscent of Egypt, where we’ll be transported tonight. “The Prince of Egypt” is a musical adapted from the popular DreamWorks animated movie, based on the Biblical story of Moses from the Book of Exodus. On the stage, a semi-finished Sphinx and Obelisk match the rock in color and material.

As I find out later, Brad Shelton, resident set designer at Tuacahn and scenic designer for “The Prince of Egypt,” tried to embrace the canyon as much possible.

“I really try to use [the canyon’s] full capacity to make it really feel part of the show,” Shelton said.

Shelton was effective: His designs for this show match the natural scenery beautifully.

"By the end, I can’t take the smile off my face and I have chills despite the 100-degree weather. We applaud for each cast member, but I wanted to give an additional standing ovation to the landscape."

The first notes of the orchestra indicate the show is about to start. At this point, I’m buzzing with anticipation. As the overture to the show begins, we settle into our seats as horses and camels trot across the stage. (Yes, real horses and camels.) Next, a long line of performers dressed as Hebrew slaves pull the overturned Obelisk into place, and the show has begun.

By intermission, darkness has closed in and the bright stage lights take over. Once it’s dark, the lights bounce off the rock and add interesting dimensions of light and shadow.

“It’s such a fun playground for our lighting designers to play with,” Shelton said.

He adds that there’s no light pollution in the canyon, so the audience can look up and see the stars.

While travelers are increasingly coming to Utah for its pristine dark skies, those who aren’t looking don’t often see them in an increasingly developed world — let alone right in the middle of a premier musical.

“This isn’t something you can see in L.A. It’s stunning.”

Intermission ends and we are pulled back to Moses’ story. Perhaps the most well-known moment in the story of Moses is the miraculous parting of the Red Sea. From the moment I bought my tickets, I wondered how they could possibly try and part a large body of water on stage.

Not to give spoilers but Tuacahn seems to make the impossible, possible.

Scott Anderson, Artistic Director of Tuacahn and Director of “The Prince of Egypt,” emphasizes that the story comes first. Tell the story, he says, then add the technical elements. And Tuacahn has a lot of technical capabilities — like giant water features.

“These are things you can do here that you can’t do at an indoor theater,” Anderson says, “The amazing thing is you don’t get lost in the technical elements.” He praises the production team for making that possible.

When directing a show at Tuacahn, Anderson’s philosophy is, “Let’s embrace our environment. Let’s give them a real feel for this environment when they come here to see a show.” You may see a musical at another theater with normal indoor backdrops and sets, but Shelton and Anderson separately said, “If you haven’t seen it at Tuacahn, you should come and see.”

By the end, I can’t take the smile off my face and I have chills despite the 100-degree weather. We applaud for each cast member, but I wanted to give an additional standing ovation to the landscape. The canyon walls and sparse shrubbery quietly stood back there with stars hanging overhead, enhancing the production and culminating in a live theatrical experience you can’t have anywhere else. 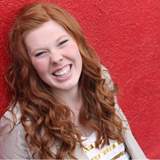