Premier riding is “tip of the iceberg” at historic treasure trove

It was time for the money steer, which is exactly as it sounds. Young participants chase a steer around the rodeo arena trying to snatch bills of varying denominations taped to the steer’s back and sides. Other children laugh and cheer as they watch from atop the arena fence as parents look on from nearby bleachers. The kids know when to get out of the way, one parent says.

It was early August in Richfield, Utah, which means the Sevier County Fair. The money steer is one of the first events, and it’s followed by bull riding for older kids, calf riding for younger ones, and mutton bustin’ for the little tikes. One small boy rides backward, legs and arms latched tightly to the body of his sheep, until the sheep simply gives in. Meanwhile, a Neil Diamond tribute band played on the backstage.

Even when the county fair isn’t running, this Central Utah town near the western terminus of I-70 embodies the heritage of the American West that includes the freedom to roam. Indeed, Richfield is one of the region’s prime gateways to the Paiute ATV trail.

The Paiute Trail is part of the Fishlake National Forest, south of I-70 and just east of I-15. It comprises more than 900 miles of trail loops and spurs (by some measures, there's up to an additional 1,000 miles in spur roads), including several dips off the mountain into towns like Koosharem and Kanosh where navigating roads in ATVs and UTVs is entirely legal (Read: A Comprehensive Guide to Off-Roading Utah’s Paiute Trail). It’s also quite common to see youth operators. With a Utah Youth OHV Certification Course, anyone under the age of 18 can take the helm on public lands, as long as they're able to reach and operate each control safely, they are under adult supervision and they're wearing a helmet. This is important for the family and community aspect of these trails. It is surprisingly remote for being so entirely accessible. Which is to say, this is small town living at its finest.

A short drive from the more populated city of Richfield is Piute County’s Marysvale, which locals consider to be a heart of the Paiute ATV Trail. A town that has seen its ups and downs, Marysvale now rests its fortunes largely on visitors, and the trail has become one of its primary attractions.

The Paiute Trail is one of the most well mapped and well-maintained trail systems around, making it especially popular for trail riding jamborees and a favorite for off-roading vacations. There are all levels of difficulty in the system and some impressive climbs, descents and summits. But the Paiute Trail is also littered with information about the past. There are old arrastras and adits, mills, mines and meetinghouses. The area has been meticulously cared for and prepared for visitors to learn, experience and enjoy. For some, the Paiute Trail will begin and end with the off-roading experience, and that alone is well worth it. But for those seeking enrichment beyond the ride, the trail offers an opportunity to connect with all of the others who have benefited from and enjoyed these places in the past.

Otherwise, things are generally pretty quiet in Marysvale. The main road through town is crisscrossed by a number of occasionally gravel-covered roads, that serve both trucks and OHVs. A handful of restaurants and one or two churches sit on the main drag, with a community center and lodging, including a bed and breakfast and an RV park set among the worn brick buildings and painted signs you might expect to see in rural Utah.

For many years, Kenny Lone would visit Marysvale before finally deciding to move there. “We used to always stay at Moore’s Old Pine Inn,” says Lone, who remembers sitting out on the porch of Utah’s oldest running hotel. “Gary James goes driving by in his old pickup, toots his horn and waves — you know, this is like an old TV show.”

The town history goes back to the mid-19th century when gold, and an old arrastra (a primitive mill system used for pulverizing gold or silver ore and extracting the precious metal) were discovered, precipitating the Bullion Canyon gold rush. It is unclear whether the arrastra was of Spanish origin, but the Old Spanish Trail did pass through the area.

“The Old Spanish Trail was the trail that came out of Santa Fe, New Mexico and weaved its way to Los Angeles,” says Max Reid, a retired staff officer for the Fishlake National Forest. “It was the longest, crookedest, meanest old trail. They run horses, they run slaves, anything — furs, you name it, they moved it up that Spanish Trail. It was the interstate of the day.”

For nearly 40 years, Bob Leonard was the forest archeologist for the Fishlake National Forest and spent time researching the trail. “He is without a doubt, in my opinion, the best interpretive archeologist in the nation, bar none.” He adds, “he takes history and brings it to life.”

And there is a lot of history in this area just waiting to be heard; history of the miners, of the Spanish, and of the Fremont Indians, for whom the state park is named. The Fremont Indian State Park Museum in Sevier has several facilities through the area including the Castle Rock and Sam Stowe camping areas and the museum/visitors center.

The museum has extensive information and displays about the Fremont Indians including, artifacts recovered from the area. It is situated among the rocky hillsides and there are several trailheads to view petroglyphs nearby.

“When we put this trail together, we decided we needed a symbol,” says Reid, who was one of the early developers of the Paiute Trail system. "Bob Leonard said, ‘Well, I’ve got a petroglyph that would make a perfect symbol.’ And this is the petroglyph he came up with. Ron Bushman [who started Lizzy and Charlie’s trailer court] nicknamed him Taz.”

The Paiute Trail system came into being around 1990. According to Reid it was a sort of hare-brained idea, without a lot of support. Several of the towns in the area didn’t want to be included initially, but once the trails started to show some life those same towns got on board.

“When we started the trail system in Marysvale there were seven business licenses. Today there are over 40,” Reid says. “All of them are either directly or indirectly associated with this trail system. I mean, that is their lifeblood.”

Several years ago, a popular segment of the Paiute Trail was renamed the Max Reid Trail, recognizing his contributions to its creation and growth. But the trail system nearly didn’t happen at all.

In the late-80s the forest service was shutting down the off-roading trails in the area. “They had said, ‘enough of these three-wheelers, we’re closing down the routes,’” says Reid. In fact, in the years shortly before returning to the Fishlake National Forest it was Reid himself who, due to their particular danger, was instrumental in getting rid of three-wheelers in the Flagstaff District. “We never saw them again,” he says.

But through the efforts of a pair of locals, and some hard work by individuals in the area, the idea to create a trail system took off. Although Reid wasn’t on board at first, he soon became one of the trail's greatest allies and promoters.

“I got totally engulfed and enthralled with it because of the partnership,” Reid says. “There is no partnership anywhere is the country that is as great as this one is,” he continues. While Reid may be prone to hyperbole, there is no question he believes it.

“It’s individuals that are willing to come to the table, work together to pull this thing off, and it works!”

Today, it is the unique relationship between the Department of Natural Resources (Utah State Parks) and the U.S. Forest Service, as well as support from the local communities, which allow the trails in Central Utah to thrive.

An overlook along the Paiute Trail. 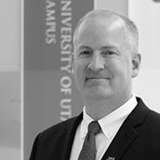 Central Utah caters to the off-road industry and there is a wide range of accommodations and services available for participants. Subsequently, putting together this type of excursion is completely doable and should not be intimidating. There are numerous shops for rentals throughout Sanpete, Sevier and Piute counties, including Skyline Recreation in Sterling, Utah, and Piute ATV in Marysvale.

As for where to stay, riders generally camp, drive an RV, or reserve local accommodations.

See More Rules of the Road