In the Key of Ski

A video tribute to the Utah Symphony musicians who find inspiration and rich notes in their nearby mountains.

For many Utah Symphony musicians, “An Alpine Symphony” isn’t just something to perform onstage. It’s a way of life. (Read: "Salt Lake City: A Place to Play")

German composer Richard Strauss, who vividly depicted a dawn-to-dusk adventure on an Alpine mountain in his 1915 tone poem, might have enjoyed comparing notes with Utah Symphony timpanist Eric Hopkins.

Hopkins relates one particularly “epic” spring day on Mount Timpanogos, when he and his friends made the challenging climb up the mountain with synthetic skins attached to the bottom of their skis. “We got to the Primrose Cirque and it’s just so beautiful and so many striations in the rock and it’s just a very unique place to be,” he recalls. “Then finally you get to the summit and you get to ski 5,000 vertical feet down the west face until there’s no snow left for you.”

Continuing their hike downhill, the group in their ski gear received some puzzled looks from spring hikers in shorts. “And you look back and you can see Timp and you just skied that,” Hopkins says, clearly relishing the memory.

"Because I’m able to go explore the mountains so much, I come back to music with such a fresh perspective and a literal breath of fresh air...I just have a bigger perspective, maybe from the bigness and the vastness of the mountains."

California-born Lynn Rosen didn’t plan to stay in Utah long when she joined the orchestra’s violin section in 1982. It was one of her first jobs after college. “But when I started skiing and hiking in the mountains here, I became enthralled with the beauty all around us,” she says. “There’s certain times that you’re so uplifted with the beauty of nature here...and that can certainly be inspiring in music when we play.”

Clearly, Rosen is here to stay — along with her husband, principal clarinetist Tad Calcara, whom she met hiking Mount Olympus shortly after he arrived in 1999. Now they are raising their three children.

Violinist David Porter was a skiing novice when he was hired in 1996. “I had no idea that Salt Lake City was such a beautiful place,” the Minnesota native says. “I just imagined this barren desert with a sort of smelly puddle, and I got off the plane and I remember being absolutely stunned by the landscape and just in awe of the surroundings.” Encouraged by his new colleagues, Porter soon became one of the orchestra’s most avid skiers — and he invites new orchestra members to join him on the slopes as often as he can. (Read: "How to Prepare for Your Utah Ski Vacation")

Porter says he’s put in a lot of hard work to excel at skiing, just as a professional musician must invest hours in sometimes-tedious practice. “But in a great day of performing, when it’s transcendent, you’re lost in the music. You’re lost in the sound of the orchestra and the color surrounding you and lost in the greatness of the music that we play,” he says. Similarly, “we all know the feeling of skiing, like, hero snow, and you’re going down and you feel completely free and powerful somehow. And that way I see why so many of us in the orchestra become addicted to these outdoor pursuits.”

World-class recreation isn’t just a fringe benefit of playing in one of the nation’s top 20 orchestras. Some of the players who have come here from all over the world feel it makes them better musicians, too. (Read: “Temple Square: The Geographical and Musical Heart of Salt Lake”)

“It’s so much easier in Salt Lake to have a nice work-life balance,” says Hopkins, who grew up in Florida and studied in New York City. Since arriving here in 2013, he’s become an avid snowboarder, mountain biker and climber. “We can play a full day of rehearsals and there’s still time to get a sunset ski tour up in the Wasatch. Because I’m able to go explore the mountains so much, I come back to music with such a fresh perspective and a literal breath of fresh air...I just have a bigger perspective, maybe from the bigness and the vastness of the mountains.”

"There’s certain times that you’re so uplifted with the beauty of nature here...and that can certainly be inspiring in music when we play."

Salt Lake City’s proximity to the Wasatch Mountains makes it pretty easy to have a nice work-life balance. 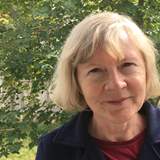 About the Author – Catherine Reese Newton

Catherine Reese Newton, an editor and writer with deep Utah roots, reported on and reviewed the Utah Symphony for Utah’s largest newspaper for nearly three decades. She’s known for never overlooking a typo, as well as her deftness in editing features about the state’s bustling arts and cultural scene.

Here in Utah, winter is a beloved season. As the snow falls, our spirits rise. We gleefully anticipate frost on our cheeks, powder on our ski runs and a blanket of white spread across the mountain ranges. The alpenglow of a rising sun ignites winter playtime; the warmth of a crackling fire celebrates the day’s well-earned calm. You don’t have to be from here to belong here. Welcome to Utah’s famous winter.