When you visit Utah, expect your time spent outdoors to result in soul-awakening experiences. To help you maximize your experience, we've partnered with Leave No Trace to create Utah-specific seven principles for responsible recreation. By following these principles, you can help keep Utah Forever Mighty.

1. Know Before You Go

A little extra planning can expand your knowledge, reduce your impact and improve your adventure. Prepare to travel in Utah by researching your destinations, packing for a range of conditions and making backup plans just in case.

2. Stick to Trails and “Overnight Right”

From solitary hikes to group rides, there are trails for every traveler. Following signage, sticking to the path and using a little know-how will keep Utah’s trails and campsites safe and open

One person's trash can greatly impact a natural treasure. No matter where you go, have a garbage and bathroom plan ready (for you and your group) and know how to correctly dispose of all waste, which may mean packing everything out.

Indigenous Peoples have contributed to the culture and natural landscape of modern-day Utah for thousands of years. Utah is home to approximately 60,000 Native Americans, representing more than 50 Tribal Nations, with eight being federally recognized. These tribes are Northwestern Band of Shoshone Nation, Confederated Tribes of Goshute, Skull Valley Band of Goshute, Ute Indian Tribe of the Uintah and Ouray Reservation, Ute Mountain Ute Tribe, San Juan Southern Paiute Tribe, Paiute Indian Tribe of Utah and Navajo Nation. Many more Tribes and Nations can trace their ancestry here as well.

Indigenous and other historical and cultural sites are everywhere in Utah and they are important to modern descendant communities and researchers. Protect these sites by observing and admiring structures, objects, rock imagery and historical inscriptions at a respectful distance.

There’s nothing quite like cozying up to a campfire, but not all places and conditions are safe to have one. In areas where fires can be built, keep them small and in existing fire rings and be prepared to extinguish them completely.

Being in Utah’s outdoors means sharing them with wildlife, which may include bears. Respect their home by only observing from a distance. Save human food for humans, ensure pets are within your control and know local fishing, hunting and boating guidelines.

When traveling in Utah, you may find yourself part of a crowd. While there are many ways to enjoy the outdoors, we can help each other out by being patient, minimizing noise and reducing speed, whether in town or on the trail.

"I envision a world where everybody who enjoys the outdoors does so responsibly and ethically." 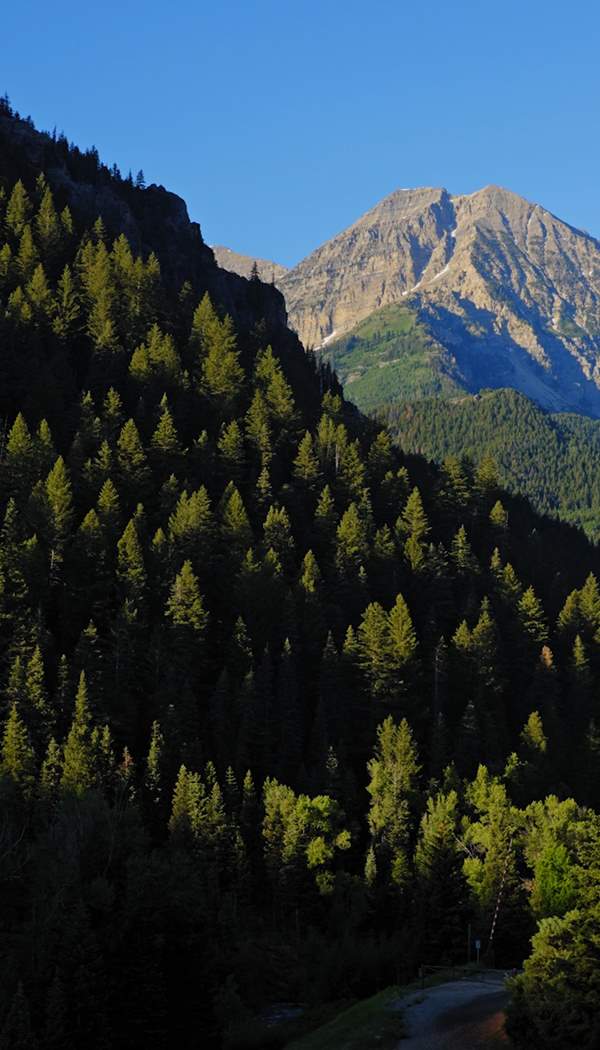 Small but mighty actions make all the difference as we work together to protect our natural wonders and vibrant cultures for generations to come.