A Restaurant That Welcomes Everybody With Its Middle Eastern Flavors

Entering Laziz Kitchen, the warmth is palpable through the kindness of the staff. The vibrant plants and easy tempo of the restaurant offer a calming environment. To the right of the kitchen, on the wall there’s a large mural that’s a celebration of art and culture, which was a generous gift of artist Josh Scheuerman.

The artwork draws you in, and you know you are in a welcoming place that embraces community.

Nestled in Salt Lake City’s Granary District, owner Moudi Sbeity and business partner Derek Kitchen, formerly a Salt Lake City Councilmember now a Utah State Senator, have created a beautiful gathering place for the community. Not just Utahns, immigrants or people of color or those who identify as queer, but for everyone. Laziz Kitchen serves incredible food but is also a place where all are welcome.

Moudi was born in Houston, Texas, and raised in Lebanon before returning to the United States at age 18. Missing the tastes from his other homeland, he learned traditional Lebanese recipes from his mother via Skype. Lebanese people gather around food, and Moudi chooses to create that community vibe in Utah. “Food is sustaining,” he says. “We need food just like we need each other.”

Moudi says it wasn’t easy being queer while he was growing up in the Middle East. It simply wasn't safe for him to be out. At age 18, he remembers being excited because he thought he would feel free in America but soon found, unfortunately, that wasn’t always the case. He’s thankful for the safe spaces he found along the way, and he’s proud to count his restaurant among them. Food can be a salve, Moudi believes, and with menu items such as kafta, falafel, tabbouleh and vermicelli rice, this salve is a fragrant one.

The restaurant was launched as an idea, with its roots in a packaged hummus company sold via a stand at Salt Lake City’s Downtown Farmers’ Market. Based on the success of selling hummus, Moudi and Derek opened Laziz Kitchen one week before the 2016 election.

Perhaps the restaurant’s destiny was planted years earlier, back in 2013, when Moudi and Derek, along with two other couples, joined the nonprofit Restore Our Humanity to legally challenge the state of Utah’s ban on same-sex marriage. That surprising victory led to the Tenth Circuit’s legalization of gay marriage and was one of the influences on the U.S. Supreme Court’s decision affirming marriage equality eight months later.

“I think a safe space inherently means accepting everybody, regardless of what they believe or who they are, because you have to lead by example,” Moudi says.

Like so many, 2020 hit Moudi hard, both personally and professionally, which led him to take a sabbatical from social media. During this pause, he says he reflected on life and his raison d’etre. He wanted to become even more intentional about meeting every situation with love. In his effort to go deeper, he says it affirmed for him that most people are seeking the same things: to be happy and to find peace.

That’s what he intends to be served with every plate at Laziz Kitchen.

"Food can be a salve, Moudi believes, and with menu items such as kafta, falafel, tabbouleh and vermicelli rice, this salve is a fragrant one." 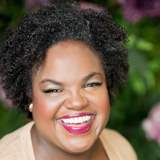 Salt Lake City makes a great gateway for travelers making a trip to Utah's ski resorts or southward to Utah’s renowned red rock country. Frequently referred to as the "Crossroads of the West," its location is also ideal for longer roadtrips northward to Yellowstone and Grand Teton national parks.

Explore a variety of hotels and lodging in the Salt Lake City area. Stay at a luxury resort in the heart of downtown or at one of the many nearby ski resorts. Or, find an affordable room with immediate access to nearby recreation. Whatever brought you to Salt Lake City, there are plenty of places to stay.

Excellent international fare and local specialties are never far away from downtown Salt Lake, where the culinary and brewing scenes have grown steadily over the past years.