In Search of Robbers Roost

On the trail of the outlaw Butch Cassidy

Editor's note: This is part one of a two-part series tracing the author's search for the elusive Robbers Roost. Part two — The Return to Robbers Roost — is also linked at the end of this story.

Remnants of an old corral and stone fireplace are all that are said to be left of Robbers Roost today. Over one hundred years ago, outlaws used the Roost as one of several hideouts along the Outlaw Trail — a series of trails and safe houses that ran from Texas to Montana. Butch Cassidy and his crew of bandits, The Wild Bunch, were known to frequent Robbers Roost in Utah after heists. And I wanted to find it.

Southern Utah is one of few places left where the romanticized wild of the American West and magic of the desert still coexist. Here, people come from all over the world to experience the untamed beauty. We hike, canyoneer, rock climb and go off-road where a century before, only outlaws came to find refuge.

Stories about outlaws hardly dominate the historical narrative in Utah, and that is exactly why they pique my interest. Lost stories and alternative narratives allow residents and visitors to escape seeing the state’s past in one solitary way, and to instead view it through a broader lens. I’ve always felt that considering multiple perspectives, experiences and stories will continuously bring us closer to having an authentic understanding of a place.

The day to head south came quickly, and with the Jeep fully stocked with water and supplies, my husband, Mike, and I left our home in Ogden early in the morning excited for the upcoming adventure.

"The directions they gave us were, again, vague. It was almost as if Robbers Roost wasn’t meant to be found."

Central Utah is vast, but made travel friendly with the convenience of modern technology. During the drive my anticipation for our upcoming adventure grew as I thought through the logistics: to prepare, I had searched online for directions and clues as to where I might find the Roost. A few blogs and websites with GPS coordinates accompanied by vague directions came up. I hike a lot but I’m not an expert navigator by any means. Still the information provided made it look like a manageable quest.

I found Hanksville intriguing. With a population just shy of 300, it boasted an eclectic charm with a gas station set inside of a huge natural rock wall and a classic retro diner next door.

Inside the gas station I browsed through books about sage moon rituals and crystal healing, while Mike asked the woman running the cash register for directions. Strangely, she didn’t know what we were talking about, but we did find that it is not to be confused with the Robber’s Roost Ranch or Robbers Roost Spring, which are also in the area.

We got back in the Jeep and decided to check the coordinates on our GPS, only to find that it was not working. Luckily, two women at the four-wheeler rental shop down the road seemed to know what we meant. The directions they gave us were, again, vague. It was almost as if Robbers Roost Utah wasn’t meant to be found. But always up for an adventure, we remained confident we could locate the hideout.

We backtracked about 16 miles north from Hanksville, keeping an eye out for a sign leading to a ranger station just before the Goblin Valley State Park turnoff. It appeared on the right in just the spot the women at the rental shop told us it would. The dirt road ahead trailed off to the horizon line and we followed in search of Butch Cassidy’s Robbers Roost.

The dirt road got bumpy quickly. Our only company was some area wildlife – the occasional antelope and meandering groups of grazing cattle. Otherwise it was just us and the gaping landscape.

"We stopped several times to absorb the vastness and unfamiliarity of the environment we were so alone in."

This is the rugged terrain that Butch Cassidy and the Wild Bunch knew well. An unlikely candidate for the outlaw life, Cassidy, whose real name was Robert Leroy Parker, was born to Mormon pioneers in the small town of Beaver, Utah, and raised in nearby Circleville. Those who knew Cassidy did not describe him as the ruthless fugitive type that many outlaws were painted to be.​

With there being more lore available than fact about Cassidy, he has become one of the biggest legends of the American West. His familiarity with Robber’s Roost is said to have started in his youth, when he ran stolen cattle through the area with a mentor, Mike Cassidy (from whom he borrowed the last part of his alias later in life). The first known time he holed up at the Roost was in 1889 after a robbery in Telluride, Colorado, making away with $21,000 — close to what would be $500,000 today.

We stopped several times to absorb the vastness and unfamiliarity of the environment we were so alone in. When we got out of the Jeep, a heavy wind coated our skin with a fine layer of dust. Deep green hues of sage and cacti covered the ground with sporadic bursts of pink cacti blossoms bursting against the tarnished red sand. It all gave me the ethereal feeling of being inside of an impressionistic pastel painting with blurred lines all around and only color to orient me to where I was.

The remote and unpredictable landscape is exactly what made this an ideal place for a hideout during Cassidy’s day.

We were dazed and settling into the ongoing drive when heading up a large hill, an antelope doe and baby appeared running toward us. They quickly diverted right, leaping over the sage to escape the Jeep. The unexpected encounter jolted us back to the mission at hand. We decided to stop and hike around again. The red sand revealed dried up stream beds and delicate animal bones, remnants of life lost to time.

An Elusive Piece of the Wild West

In its prime, Robbers Roost was fully stocked with enough provisions to last the Wild Bunch for months at a time. Nestled deep in the Utah outback, the historic compound was nearly impenetrable by anyone who didn’t know exactly where to go. No law enforcement ever successfully invaded. It was a place Butch Cassidy could rest easy.

However, all adventures eventually meet an end. By the early 1900s, Cassidy took up residence in South America and the Wild Bunch left Robbers Roost abandoned in the desert for good.

We eventually came to a campground, thinking it was possibly the one on the map that appeared to be near Robbers Roost. Good conversation and the pursuit itself kept me from thinking too much about the desert heat.

Immersed in our hunt, we were surprised to realize that the time we had allotted to look for the Roost was nearly up if we wanted to make it back to Moab before sundown. Exhausted and reluctant, we headed back to the Jeep, Robber’s Roost proving once again to be an elusive piece of the Wild West’s lore.

Disappointment tried to creep in, but I couldn’t be upset with having a reason to come back again to one of Utah’s truly wild places.

Read more on my return to Robbers Roost. 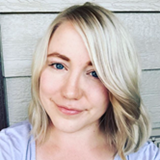