If ever a state park was made to be photographed, it is Kodachrome Basin State Park. The park covers 2,240 acres of canyon country and is surrounded by Grand Staircase–Escalante National Monument on three sides. With its close proximity to other popular destinations down Cottonwood Road, it makes for a spectacular basecamp or a stop on an event-filled day in the desert with friends.

A single day-use pass is $10 per vehicle. For Utah residents 62 and older, the day-use pass is $5 per vehicle. The park is open year-round from 6 a.m. to 10 p.m., and is popular during spring and fall when temperatures are the most comfortable. Dogs are allowed in the park, but must be kept on a leash at all times.

Pillars shaded red, pink, white, yellow, and gray are only the start to the greatness of Kodachrome Basin State Park. There are also natural arches, views for days, and a stunningly stark landscape. Many of the gorgeous rock columns in the park can be seen while driving, but it’s worth your time to get out and explore each attraction. Some of the popular sites include Chimney Rock, Shakespeare Arch, and Ballerina Geyser.

Rounding out the activities in the park, a concessionaire offers horseback rides and other activities and services. Because of the lack of light pollution in the area, it is a stunning place to stargaze should you decide to camp here — the park was certified as an International Dark Sky Park in January 2021. 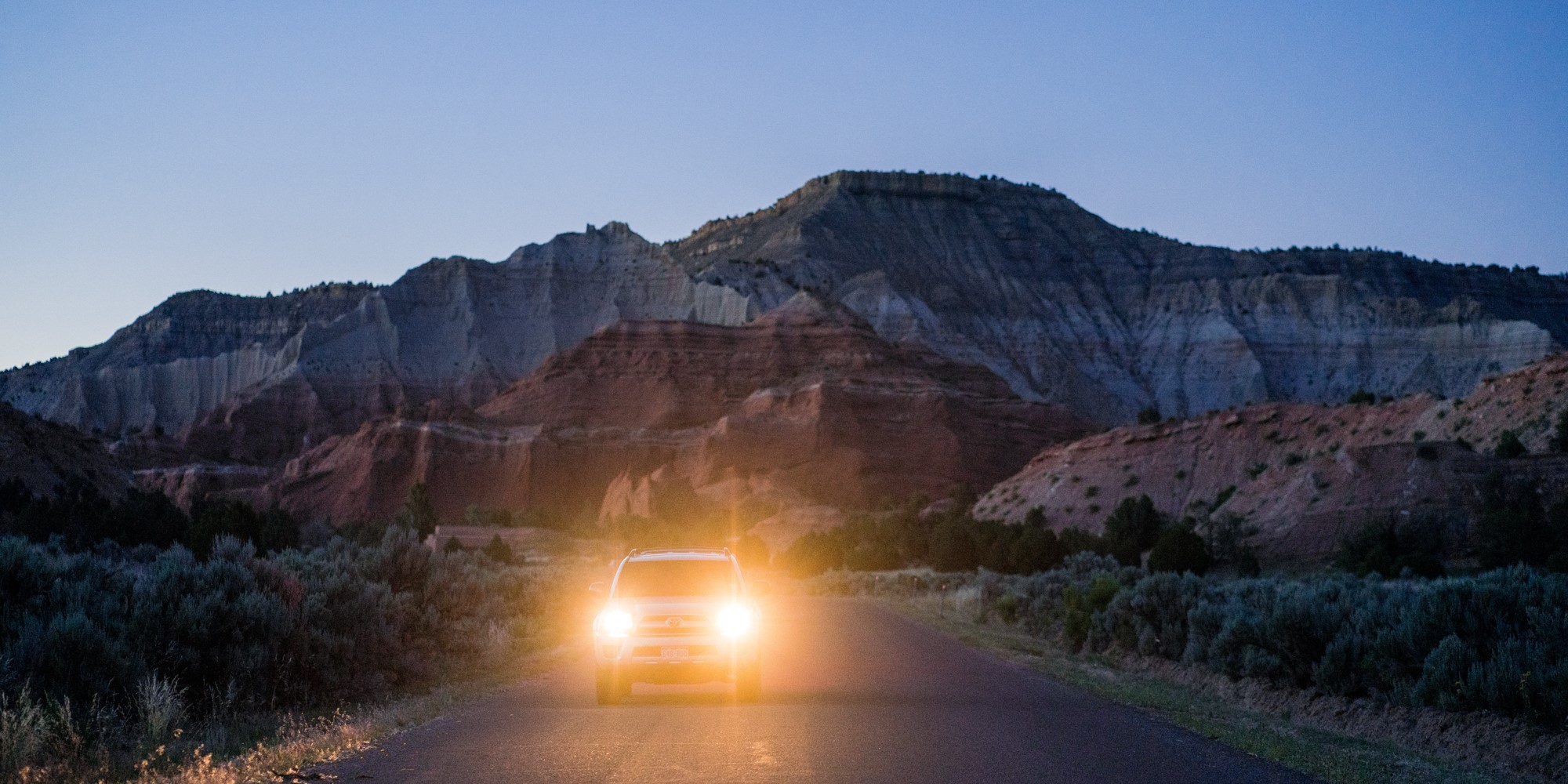 In 1948, members of the National Geographic Society visited the scenic park to photograph a feature for the magazine, and gave it the nickname “Kodachrome” after the popular Kodak film of the day. It was named Chimney Rock State Park when the area became a state park in 1962, but was changed to Kodachrome once Kodak granted legal permission. The first official name, “Chimney Rock,” refers to one of the most popular and unique features within the park, along with the area’s 67 monolithic stone spires, called sedimentary pipes. Their multicolored sandstone layers are beautiful and seem to glow in juxtaposition to any sky, be it a cloudy gray or a clear, bold blue. Some geologists believe that these spires were formed because the area was once filled with hot springs and geysers. These eventually filled and solidified, while over time, the surrounding Entrada sandstone eroded. The pipes range from six feet tall to 160.