A Photographer’s Guide to Mindful Travel

A few simple steps to care for Utah's unique environment

With blazing red rocks in almost unfathomable formations, brilliant blue skies and breathtaking lighting, the Utah desert is a photographer’s dream. It’s also a very fragile place. Photographers can take a few simple steps to care for this unique environment while getting great shots. Read on for tips on mindful photography in a very special place.

It seems obvious not to leave candy wrappers and trash behind, but visitors should also be sure to pack out anything they might be tempted to leave behind, including things like apple cores and toilet paper. In some areas, including around Moab, it’s also required to pack out solid human waste with special bags or portable toilets (watch this video for tips). (Read: "How to Poop in the Outdoors")

The old saying “take only pictures, leave only footprints” isn’t quite enough for the fragile desert environment. “Take only pictures, but don’t leave any footprints,” might be a better mantra. The red rock desert is home to a rich biological soil crust — also known as “cryptobiotic crust,” — which is actually living soil. It includes mosses, lichen, green algae, microfungi and cyanobacteria. The crust controls erosion and helps the desert retain water, allowing plants and other creatures to flourish. Once this fragile soil is compacted — such as by a footprint or vehicle track — it can take hundreds of years for the crust to fully recover. (Read: "A Soil Sleuth Protecting Utah’s Living Landscapes")

In order to prevent causing this damage, stay on existing trails or, when trails are unavailable, durable slickrock. Know what biological soil crust looks like so you can avoid it.

Photographer Jon Fuller has lived in Moab since 1992 and offers private photography tours and workshops through his company, Moab Photo Tours. He advises people to be mindful of the long-term impact even one quick trip off trail can cause.

“If you go off to take a photograph off the trail, you’ve started a new trail, which another person coming after you might say ‘wonder where this trail goes?’ and pretty soon it’s become a social trail that shouldn’t be there,” Fuller says. “Stay on the trails and don’t leave any evidence that you’ve been there.”

Be mindful when placing props

Setting up a great shot sometimes involves using props. However, people can unknowingly cause damage when placing items on fragile surfaces.

Angela Hays is a Moab photographer who specializes in wedding, adventure elopements and couple shoots. She worked as a ranger in both Canyonlands and Arches national parks, and she has also worked on search-and-rescue teams. She suggests people avoid setting up hammocks or camming devices on fragile arches and rocks, and she also encourages photographers to avoid placing any type of prop, from a sleeping bag or tent to a Jeep or off-road vehicle, on any delicate surfaces or vegetation when staging shots.

Bret Edge from Bret Edge Photography and Moab Photography Workshops is a nature and adventure photographer who also runs private and group workshops. He cautions people to avoid disturbing vegetation when out shooting images.

“There have been photographers who will pull certain plants, or kind of mat them down so they’re not in the way of their photo, or even some who have cut off tree limbs and kind of going to extremes so they can get a unique photo,” Edge says. “I would say don’t do anything to alter the landscape you’re photographing and try and leave the minimal impression possible.”

"If you go off to take a photograph off the trail, you’ve started a new trail, which another person coming after you might say ‘wonder where this trail goes?’ and pretty soon it’s become a social trail that shouldn’t be there..."

In 2018, a popular archaeological site in Canyonlands National Park was closed to visitation after issues with people vandalizing the important cultural resource, starting fires, digging, moving rocks and even leaving graffiti. Many attributed the site’s popularity to images posted online, including some with “geotags” providing specific information about the site’s location.

“Geotagging,” which describes tagging a photo with the geographic location where the image was taken, is controversial among photographers. While many photographers prefer to omit geotags in order to protect resources, others consider the anti-geotagging movement a form of gatekeeping. When posting a photo online, photographers have to make a decision about how they would like to describe the image’s location. Some provide specific details on where the image was taken while others provide no location at all. Others use more generic tags like “Utah” or “Planet Earth.”

Hays believes keeping a location secret can help protect it. “[A site’s] anonymity is its greatest protection,” she says. “You can put physical barriers up, you can try to keep people from destroying something, but really its anonymity is what’s going to protect it.”

Utah’s red rock desert is home to many species of wildlife. When animals are present, it’s important to never feed, touch, approach or cause them stress in any way.

“To be a good wildlife photographer, you really need to understand the animal,” Fuller says. “You need to know something about the animal and understand their behavior and be able to tell if what you’re doing is stressing the animal at all.”

Many desert creatures are nocturnal and not easy to spot. Even if you can’t see them, it’s still possible to harm them through actions like making noise.

"[A site’s] anonymity is its greatest protection. You can put physical barriers up, you can try to keep people from destroying something, but really its anonymity is what’s going to protect it."

Using bright lights, remote flashes and “light painting,” can all cause light pollution, which can negatively impact wildlife and human skywatchers alike. Nocturnal animals are especially sensitive to unnatural lights at night.

“Keeping it pristine at night is just as important as keeping it nice during the day, especially for wildlife, because that does tend to be when they travel out and about,” Hays says.

Plan for the future

Today’s actions can affect people next week, next year, and for decades to come. When making decisions in the fragile desert environment, it’s important to think of future visitors and future generations.

Hays also urges photographers to think beyond the image they’re trying to capture. She encourages people to know their actions can go a long way towards helping protect an area.

“That really cool image isn’t going to be worth damaging a place in the long term,” Hays says. “It’s the collective behavior of lots of people that will keep an area pristine and beautiful.” (Read: "The 5 Rules for Selfies")

How to Visit Utah’s Most-Visited Forest 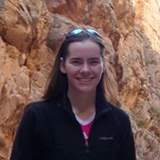 Kristen Pope is a freelance writer who loves exploring Utah and writing about her adventures for Visit Utah. She also writes about science, conservation, and travel for a variety of publications. See her work at www.kepope.com.