How Tona Sushi Serves Artistic Diversity With Every Dish

One Ogden’s sushi chef’s innovative plates hint at his design background — while serving dishes that aim to be “magical.” 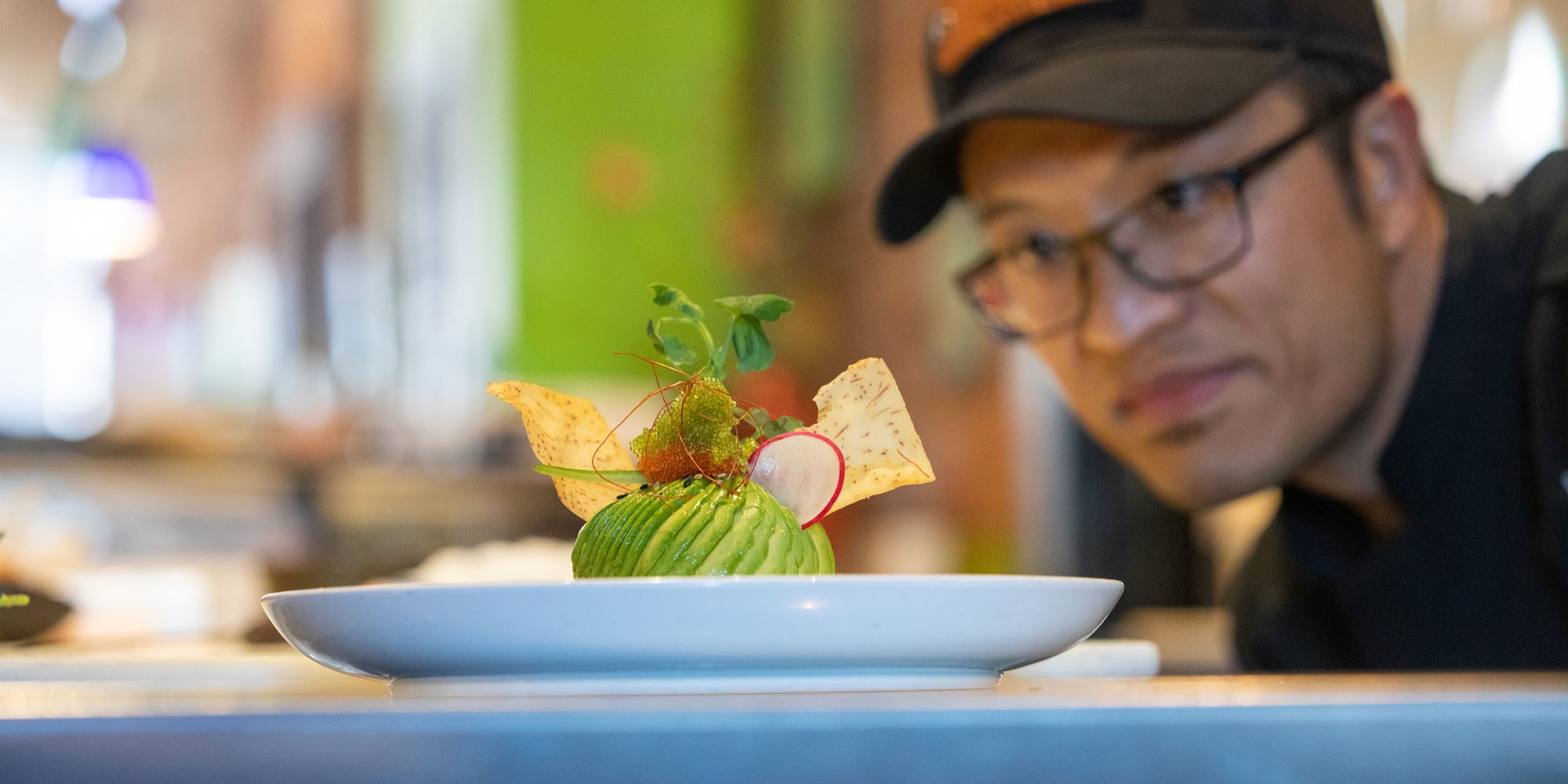 Welcome to Utah, where Ogden’s Tona Sushi will serve you amazing sushi. Okay, so most Utah visitors might not guess they would find first-rate sushi in this land-locked state, but they’d be wrong. Here at Tony and Tina Chen’s place, it’s not just your palate that will be surprised, but also your eyeballs.

That’s because this Ogden sushi bar is the inspiration of Tony Chen, who trained as an architect. During his studies, Chen worked at a Japanese restaurant, where he fell in love with the clean, flavorful food. Living in that diverse city led Tony Chen, who is Chinese, to explore different cultures. Food offered the opportunity to study culture, fashion, flavors and people, he says.

In 2004, Tony and his wife and business partner, Tina, moved to Utah, a place that some people mistakenly believe to be homogeneous. At first, Tony Chen considered himself an outsider, until he realized that food was a way for him to learn how to settle into his new home.

In the kitchen, Tony maintains his precise, artistic eye. He will often first design on paper what he wants his food to look like, just as he drew building details during his architectural studies. His thoughtfulness and care lead not just to colorful designs on paper but masterful, vibrant works of art on the plate. His colorful dishes invite conversation.

Food is magical, Tony believes. And the dishes in his restaurant are filled with colors, textures and flavors that seem to capture a whole world on one plate. Imagine the inspiration sparked by so many elements coming together. Imagine what Tony shares about culture through his food.

Imagine the magic of cultural connection available with every dish.

"Food is magical, Tony believes. And the dishes in his restaurant are filled with colors, textures and flavors that seem to capture a whole world on one plate."