State Park Stargazing: Interacting With the Galaxy in Real Time

Many people never see a true dark sky because of their proximity to urban lights. But thanks to great geography and protection efforts in Utah, the state can be the perfect place to soak in the Milky Way with ease (Read: Utah After Dark).

There’s a simple way to feel more connected to our world – while simultaneously bringing the immensity of space a lot closer: Find a slice of dark sky, and sit back and watch.

Watching is the easy part. Finding the dark sky? That’s become extremely difficult in our increasingly over-lit world. But Utah can be the perfect place to take in the wonders of the Milky Way and night celestial sky. That’s because the state leads the world in the number of designated International Dark Sky Places.

Yes, some heavy hitters are on the list, including Arches and Canyonlands national parks. But so is Antelope Island State Park — barely beyond the reach of the Salt Lake City lights but a spectacular spot to take in the galaxy. (Read: Seeking Starry Skies Near Salt Lake City)

I was searching for a unique stargazing experience, so my family and I attended a summer star party at a historical Utah spot: Camp Floyd State Park, located near Fairfield. Off the beaten path, for sure, Camp Floyd was constructed in 1858 by the U.S. Army and 3,500 federal troops were sent to head off a rumored Mormon rebellion in the Utah territory, which never took place. Camp Floyd’s  cemetery — which on the night of my astrotourism experience served as the meeting place for amateur and professional astronomers alike — is a fascinating place to explore.

There are dozens of United States soldiers’ grave markers here, and it’s easy to imagine the troops and townspeople of Camp Floyd looking up at the same night sky so many decades ago. I thought about what they may have experienced — and the dark sky was the conduit as we waited for the fading light to disappear and make way for the stars.

"For most people, it’s simply unreal to actually see the dark sky with their own eyes versus a computer or TV screen."

Preparing for the Show

We arrived at 9 p.m., a half hour before the start of the star party program hosted by Camp Floyd in partnership with the University of Utah’s South Physics Observatory and the Utah Valley Astronomy Club. It was an unusually chilly June day — the Summer Solstice actually — and evening lows would dip into the 40s, so gloves, hats, blankets, hot chocolate and snacks were in tow.

We took a short walk through the quaint cemetery dotted haphazardly with headstones and a lighted pathway to the dark sky viewing area. Ten to 12 telescopes of varying sizes and capacities were lined up, their keepers attending to them like parents preparing their children for the first day of school — a slight adjustment here, a cloth wipe there.

The land around the cemetery and viewing area is wide and immense, surrounded by mountains in the distance. Faint headlights from the main road fade in and out. After the sun dipped below the horizon, you could barely make out the glow of nearby urban lights. Yet even with this artificial illumination, Camp Floyd is one of the darkest skies most may ever see — 80 percent of Americans cannot see the Milky Way due to light pollution.

People with  their families and friends quietly filed into the viewing area and set up folding chairs, ready to settle in for the star party program. Justina Parsons-Bernstein, Utah’s Division of Parks and Recreation Heritage and Interpretation Resources Manager, asked for volunteers to help hold a banner that relayed the story of dark skies, light pollution and creatures that need the darkness. In keeping with the theme, she used a small flashlight pointed downward on the banner — so as not to ruin our adjusting eyes to the dark — and walked through each educational point, sharing why Utah is such a special place to see the Milky Way.

“We have high elevation and we are dry. Droplets of moisture don’t obscure and we get a clear view,” she said. “Most of the state is rural, and we don’t have as much intense light from the urban core. And even if we are near an urban core, we have so many mountains and canyons that block out light pollution, which allows us to look up and get an amazing view.”

As the presentation concludes, we are invited to make our way to the numerous telescopes for up-close viewing. It was well into nighttime and we could clearly see Jupiter first with our own eyes, and each second it seemed a new star was popping up, beginning to cover the blackness with twinkling light.

My 8-year-old daughter — fresh off third grade when many kids start learning in earnest about the solar system — fluttered off to the first telescope, looking toward the sky, “Never in my life have I seen so many stars.” She was determined to test out her newfound knowledge.

A University of Utah student adjusted a telescope, which was about the circumference of a large dinner plate. It pointed toward Jupiter, 93 million miles away, and upon looking through the eyepiece you could make out the bands encircling the planet. The next telescope hones in on the Vega star and its brilliant blue-white hue. Another telescope reveals the Hercules Cluster, 200 spiral and interacting galaxies some 500 million light-years away.

I made my way down the line of telescopes and quietly chatted with astronomy enthusiasts who all have a personal story to share about their love and fascination with the dark sky. Utah has seen a huge uptick in astronomy clubs and participation in star parties and programs —  thanks in part to our desire to connect to something bigger than our computers and phones.

“For most people, it’s simply unreal to actually see the dark sky with their own eyes versus a computer or TV screen,” said Paul Ricketts, who runs the University’s South Physics Observatory.

“I like to tell people, ‘You literally just interacted with the galaxy.’”

A small group circled a local expert who methodically pointed out constellations and stars with the niftiest of laser pointers. Every so often you could hear a gasp of excitement. I lost count of the number of times I heard the words “amazing”, “wow” and “beautiful”.

"Viewing a dark sky and seeing the millions of stars and the Milky Way can quite literally be life changing for people. We’re excited to share it with the world."

Just after 11 p.m., the Milky Way started to reveal itself in a slightly cloudy mass of brilliant stars stretching overhead. The crowd grew a bit quieter and then Parsons-Bernstein exclaimed, “Everyone! Saturn is up. It’s sooooo cool.”

After years of hosting star parties — up to 20 a year — Parsons-Bernstein still gasps when she sees a falling star or meteor shower. She’s grateful for the Utah park rangers who saw the impact that dark skies can have on residents and visitors alike and has worked with them to protect these areas that have captured our collective imaginations for centuries.

“It’s our heritage and has become a point of pride for our communities,” she said. “Viewing a dark sky and seeing the millions of stars and the Milky Way can quite literally be life changing for people. We’re excited to share it with the world.”

You Can Stargaze Too!

The great advantage to stargazing and astrotourism is that you can see dark skies year-round. From our northern hemisphere viewpoint, the Milky Way is at its most luminous during the summer. An hour to an hour-and-a-half after sunset is the best time of day to start seeing the Milky Way.

Whether you attend a star party or venture out on your own, take a chair or blanket to relax on, some water and snacks. Pack binoculars or an easy-to-transport telescope for a closer view. Avoid your cell phone light and make sure to bring a flashlight or headlamp that has a red light for uninterrupted night vision.

How-To Dark Skies: What to Pack and When to Go to See the Milky Way

Where to Stargaze in Utah: A Round-Up of Top Spots 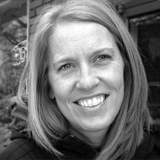