Kanab is the ideal adventure base camp for six days of scrambling and exploring many of America’s greatest scenic wonders.

Kanab, Utah, claims to be centrally located in the middle of only 10 of America’s greatest scenic wonders — but they’re just being modest. From the vermilion, white and pink cliffs and wide expanses of Grand Staircase–Escalante National Monument, to the twisting sandstone bottlenecks of Buckskin Gulch, even the vertigo-inducing views of Zion National Park if you've never been, this six-day itinerary will show you why Kanab is the perfect base camp for adventure.

Even better? This remote outpost of adventure has one of Southern Utah's best culinary scenes. Watch: It's About the Sizzle.

This whole itinerary is about extreme perspectives. You’ll climb to the top of the world where you’ll see 360-degree panoramas of vast expanses of multi-hued cliffs, plateaus and unspoiled frontier. You’ll scramble through the depths of narrow slot canyons where you can’t even see the top of the massive cliffs that surround you. You’ll stand at the edge of unfathomably deep canyons squinting at the tiny roaring rivers below that have carved this wonder over millions of years. You’ll drive through tracts of untamed land that hearken back to the Old West, as you gaze at rugged cliffs, arches, domes, cones and mountains. You can even step into the silver screen Old West at Kanab’s Little Hollywood, where over 100 movies and TV series have been filmed.

See day-by-day options in Base Camp Kanab below or explore more itineraries. 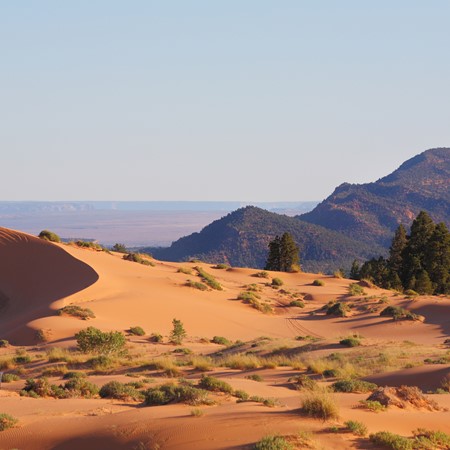 While Coral Pink Sand Dunes is open for hiking and kid-friendly playing, about 90 percent of the dunes are open for ATV riders. That’s 2,000 acres of adrenaline-pumping riding across the ever-shifting sands of time. Continue to the paved Johnson Canyon Road which is great by car and excellent by motorcycle. You’ll see remnants of the Old West and peer into the colorful cliffs of the Grand Staircase. Save time for a visit to Southern Utah’s beloved no-kill animal shelter in the stunning sanctuary of Angel Canyon.

Overnight
As your base camp, you can overnight in Kanab throughout this itinerary. 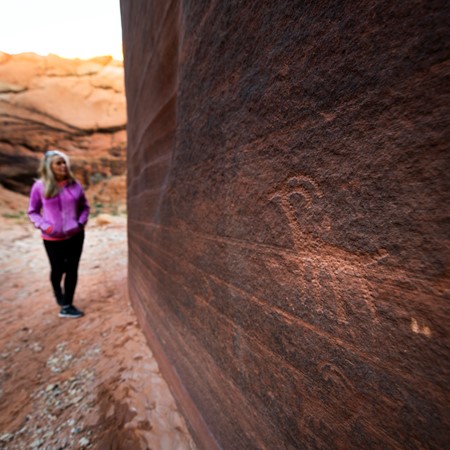 Today is a good day of desert contrasts. Scramble up to summit the landmark Mollie’s Nipple for a bird’s-eye view of the Grand Staircase section of the vast national monument, then watch the sky reduce to a sliver as you scramble into Buckskin Gulch, the poster child for slot canyons and this geologically fascinating region of Utah. There’s an excellent short option from Wire Pass and a multi-day option, should you come equipped with the right gear or hire a local guide (watch: A Guided Hike Through Nature's Masterworks) and wish to forsake other adventures on this itinerary to further explore Buckskin. Return to Kanab for a trip down movie-memory lane. 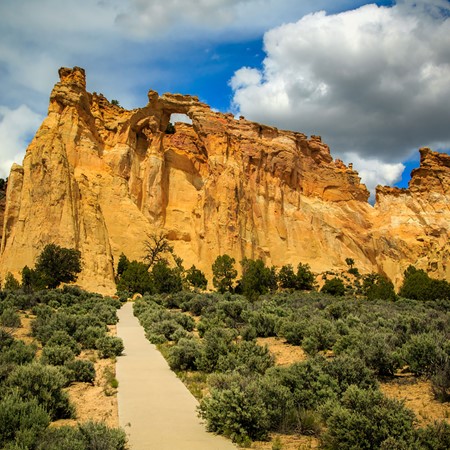 Today, you have a choice. Option 1: See the southern hikes of Cottonwood Canyon Road, check out the paleontology of the monument at the Big Water Visitor Center, and then grab a boat tour of Lake Powell from Wahweap Marina. Return to Kanab or overnight in Page, Arizona. Option 2: If you're planning ahead for next year, learn how to finish the itinerary by booking a five or seven-day volunteer stay on the Trash Tracker Boat on Lake Powell. You’ll bring your own gear and explore Glen Canyon National Recreation Area while helping to keep it clean on a trip that will earn you a place in the National Park Service Volunteer-in-Parks Program. 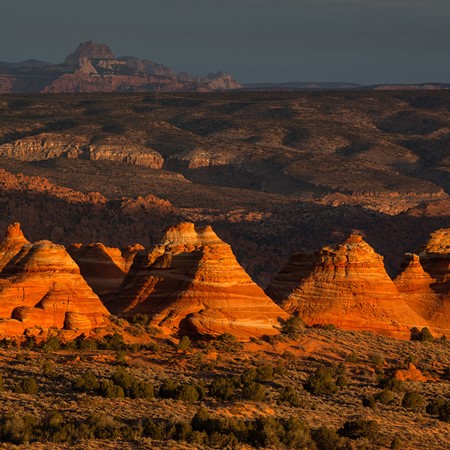 Get an early start. If waking up in Kanab, grab your permit and head to Coyote Buttes South for some free-form wandering through a colorful splash of pristine nature. You can spend your whole day between Cottonwood Cove and Paw Hole, and many recommend lingering at Paw Hole for sunset. A morning start in Page better enables stops at the Instagram-friendly Antelope Canyon and Horseshoe Bend, two awe-inspiring and extremely popular destinations in northern Arizona. You’d still have time to catch that sunset at Paw Hole then head back late to Kanab. 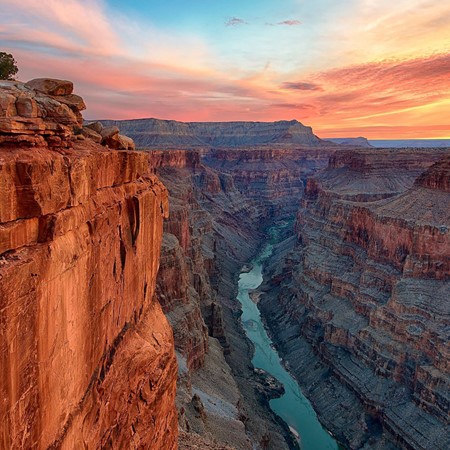 Now you are perfectly poised to catch the lesser-visited, higher-elevation North Rim of the Grand Canyon. Thanks to the remarkable geology of the Grand Staircase, there’s no shortage of stunning panoramas in this part of the country. The Grand Canyon is the oldest sedimentary layer in the staircase, and from your vantage you can pick out dozens of rock layers. A stop at Pipe Springs folds Native and pioneer history into this fascinating day. If time permits, Moqui Cave brings a bit of folklore to the table. Or head toward Zion for an overnight in the park or Springdale. 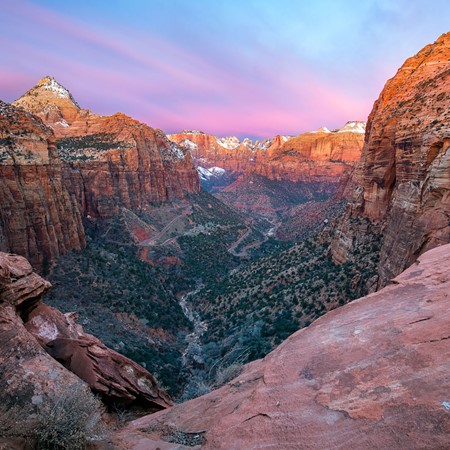 As the sun rises in the east, it pulls back the curtain of night on Zion Canyon. See the sunrise from the short but scenic Canyon Overlook, which offers commanding vistas of the lower reaches of Zion Canyon. Or meet the rising sun at the top of Observation Point, also excellent at sunset. Often called The Narrow’s little sister, Orderville Canyon is just as (if not more) beautiful, but with an additional technical aspect. It’s one of the easiest technical canyons in the Zion National Park area, but still demands respect. Sunrise to sunset makes for a long day, but you'll love every minute of it.