The Myth of Provo-bition: Where to Drink in Utah County

Up the street at ABG’s Bar, meanwhile, hundreds of visitors crowded the establishment, all clad in the University of Wisconsin’s red and white. It was still morning.

Utah’s third-largest city hosted the Wisconsin Badgers football team as they faced hometown heroes Brigham Young University that afternoon. That also meant hosting hordes of visiting Wisconsinites who’d flown in for the game — and in this case, satiating a hearty Midwestern thirst for pre-gaming.

Badgers or otherwise, Utah County visitors are getting more liquor options these days. Distilleries, bars and liquor-licensed restaurants are popping up throughout Provo and its neighboring cities, thanks in part to a rapidly growing business sector and a consequent demographic shift. It seems the area’s “stone cold sober” reputation is giving way to something more nuanced.

Join us on a quick tour through Utah County, some of its liquor hotspots and the laws/norms that’ll help you acclimate.

Tessa Santiago, manager at downtown Provo’s Black Sheep Cafe, recalled when the restaurant revamped its cocktail menu — a project spearheaded by a “brilliant server” who, surprisingly, is also a practicing member of The Church of Jesus Christ of Latter-day Saints. (More than 80 percent of Provo’s population are Latter-day Saints, a religion that eschews drinking.) This server sampled the liquor without hesitation, though, asserting to Santiago that no, it wasn’t a conflict of interest: Her husband was studying to be an OB-GYN, and didn’t pursue that job’s particulars in his free time either. They leave work at work.

“I love the fact that we do sell alcohol,” Santiago said, “because I really like to have a place in Provo that allows different kinds of people to meet without any judgment. That’s why I love Black Sheep. I think it’s really important to have spaces like that.”

Boasting a full liquor license, Black Sheep serves a variety of hard beverages, some inspired by the restaurant’s high-class fusion of Native American, Mexican and Southwest cuisine. (If you squint while gazing at their Chihuly-style chandelier, it’s easy to imagine Santa Fe.) Beverage highlights include the Cactus Pear margarita, made from an imported cactus pear puree, and Black Sheep’s popular Naughty Palmer, which uses Yanabah — a traditional Navajo green tea — blended with cactus pear lemonade, fresh mint and whiskey.

Black Sheep belongs to the Heirloom Restaurant Group, a collective of Utah County eateries. And some of these other Heirloom restaurants (Pizzeria 712 and Communal) serve alcohol, too. Heirloom’s founder, Colton Soelberg, was born and raised in Provo, and explained Utah County’s expanding alcohol options thusly: “Obviously, it’s not going to be exactly like New York City or San Francisco, but it’s not hard (to find a drink).”

"I love the fact that we do sell alcohol,” Santiago said, “because I really like to have a place in Provo that allows different kinds of people to meet without any judgment."

Before you imbibe, a quick primer on Utah liquor laws.

First is the “intent to dine,” which requires Utah’s liquor-licensed restaurants to also serve food with each alcohol purchase. Our bars can serve alcohol sans food, but restaurants comprise a growing portion of Utah County’s liquor spots.

Additionally, the state’s DUI limit is 0.05% — on par with most Western European countries — and includes operating both cars and bikes. If you want a tipsy bike ride, pedal at your own risk.

So no, Utah doesn’t really exude that Mardi Gras ethos, but we’re not total prudes either. (The Utah territory’s fur trappers reportedly paid $4 a pint back in the 1820s, and Utah’s first commercial brewery opened in 1864.) There are 14 distilleries in Utah — “given our market of just over 3 million people, that’s a lot,” said Adam Opalek, a Utah ambassador for NEFT Vodka. That means Utah has about one distillery for every 234,000 residents. For comparison, the state with the highest number of distilleries — California — has approximately one distillery per 252,000. See, we can hang!

Utah’s alcohol by volume (ABV) limit for draft beer is 5% — or 4% by weight — which is actually an improvement for local liquor lovers: Before 2019, Utah’s long-standing ABV limit was 3.2%. (The Budweiser Clydesdales even paraded through downtown Salt Lake City in 2019 to celebrate the change; true story.) If you want a beer stronger than 5% ABV, you’ll have to choose the bottled or canned variety.

For cocktails and spirits, Utah bars and restaurants wield a unique device called The Berg, which pours an exact 1.5-ounces of “primary liquor” for mixed drinks. For more info about the state’s liquor laws, check VisitUtah’s handy guides.

While The Berg may seem like a buzzkill, Utah bars have adapted. Up Provo Canyon is Sundance Mountain Resort’s Owl Bar, where the bartenders “are good at making drinks that don’t taste like the booze was carefully measured,” as reported by Salt Lake Tribune journalist Kathy Stevenson. (She’s partial to Owl Bar’s “Spicy Steve” cocktail, which mixes gin, hot sauce and cucumber.)

Owl Bar leverages a cozy Old West vibe: leather, copper and reclaimed wood galore; old photos of Butch Cassidy; and most notably, a genuine 1800s bar back imported from Thermopolis, Wyoming, where Cassidy and his outlaw buddies actually visited. Today’s clientele are less rugged, but things still get lively on Friday and Saturday nights, when the bar hosts live bands. The bar draws a mix of locals and tourists, according to Laurie Falk Cornia, Owl Bar’s manager, who has worked there for 13 years — and occasionally Robert Redford, who founded Sundance Mountain Resort in 1969. (Redford made local headlines when he sold the resort in 2020. Read about his history there: “Robert Redford Sets the Sundance Scene.”)

The menu showcases Owl Bar’s mainstay cocktails, and others that rotate seasonally. “I think we have one of the best hot toddies you’ll ever have in the wintertime,” Cornia said. The bartenders here make their own Bloody Mary mix from scratch. Owl Bar also has a private wine program. And for whiskey and beer, the bar focuses on stuff that’s locally made.

“And with how the breweries have been going over the last five years in Utah, we’re so lucky that almost every beer is a local beer in the bar now,” Cornia said. “A lot of these new places popping up are really quality, so there’s a lot of pride to have as much local as we can.”

Clear Water specializes in big-flavor, small-batch, slow-processed spirits that defy traditional categorization — thanks to distilling techniques more common to moonshining than mass distilling. Eau Claire worked in software for 25 years, and considers Clear Water a “wide open canvas (to) do whatever we want.”

Case in point: Clear Water’s popular “Lorenz” spirit, named after Arctic explorer and all-time ass-kicker Lorenz Peter Elfred Freuchen. The Lorenz mixes traditional rum ingredients and apple cider in its mash, which is then run through the gin basket with a Madagascar bourbon vanilla bean for creamy floral notes and cinnamon sticks for added spice.

“But it’s not sweetened at all,” Eau Claire explained. “There’s no sugar that we add to this, so it’s a pure spirit.”

North of Clear Water, on Utah County’s northernmost end, is the “Silicon Slopes,” an ever-expanding tech startup sector that includes companies such as Adobe, Qualtrics and Oracle. The Silicon Slopes are beginning to alter Utah County’s demographics, as more and more out-of-towners are now calling Utah home.

James Fowler, who owns Sugar House Distillery in Salt Lake City, said this tech sector boom has increased Utah County’s demand for more high-quality entertainment/leisure — including liquor. “I really think that that whole area down there is starting to really come together with a nice craft scene,” he added.

Utah-made liquor, Fowler explained, revolves around local terroir (i.e.: physical terrain and climate), which can yield some seriously alchemic results. In a humid state like Kentucky, for example, Fowler said whiskey loses about 6% of its water to evaporation. In Utah’s dry climate, by contrast, “we lose about 12 to 14% to evaporation. But when we lose that to evaporation, it just seems like it sweetens up the barrel,” Fowler said.

In other words, the water leaves while the alcohol stays.

"We’re so lucky that almost every beer is a local beer in the bar now,” Cornia said. “A lot of these new places popping up are really quality, so there’s a lot of pride to have as much local as we can."

Where the Rubber Meets the Road

Remember those Wisconsinites we mentioned at the beginning of this story? Well, it all comes back around. As we finish this tour, though, Madison gives way to Milwaukee.

Milwaukee’s Harley-Davidson factory — where the brand began — has a twin. And that twin is just south of Provo, off the I-15 in Springville. Meet Strap Tank Brewery.

Strap Tank is a brick-covered replica of that old Milwaukee factory. The brewery’s founder, Rick Salisbury, loves bikes, and runs an astounding motorcycle museum, Legends Motorcycles, next door. Both spots are spacious, rustic love letters to a bygone era of transportation. And fittingly, transportation plays a big part in Strap Tank’s ongoing growth. “We’ve had people from Maine, from Vermont, from Canada, from just all over the place — just people kind of driving through,” said Justin Schuda, Strap Tank’s assistant general manager. “The proximity to the highway definitely drives business.”

And business is good: Strap Tank now has a second location, 25 miles north in Lehi. Schuda attributes the growth to Strap Tank’s laid-back, community-focused atmosphere. Customers don’t just come for the food and brews, but for the interaction with a friendly staff.

Schuda moved to Utah from California’s San Diego County — “a beer Mecca,” he said — and described Utah’s liquor scene as more broadly focused than other, bigger markets. This manifests in Strap Tank’s liquor menu. “We have a style of beer for pretty much any beer drinker out there,” Schuda said. Among its most popular drinks is the Cosmic Fog, a sour, glittery, eye-poppingly purple beer. They also serve a peanut butter stout that’s highly recommended.

While Utah’s robust religious culture places a high premium on tradition, Utah’s liquor scene seems to leverage the opposite principle. Here, alcohol is about innovation, exploration and creativity — and tradition is to be tinkered with. And that ethos continues in Utah County’s bars, distilleries and liquor-friendly restaurants.

The area’s Latter-day Saint population is still the majority, of course — and yes, Utah’s liquor laws are on the stricter side — “but the flavor and the quality of the beer are still the same,” Justin Schuda said. “Other than those kind of little funky things, it’s no different.”

We’ll drink to that. 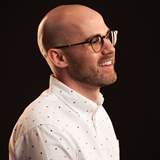 About the Author – Court Mann

Court Mann is an award-winning journalist, formerly at the Provo Daily Herald and Salt Lake City’s Deseret News, who has covered Utah’s arts, entertainment and dining scenes for a decade. He is currently planning his next meal.

The Provo area boasts arguably the most dramatic backdrop in the Wasatch Front. Mount Timpanogos — nearly 5,300 feet of prominence and an 11,752-foot summit — is an inspiring citadel of solid rock, the centerpiece to the Utah Valley stretch of the Wasatch Front. Today, Provo and the larger Utah Valley sets itself a part as a place for innovation in tech, health care, education, as well as place for easy access to Provo Canyon's offerings. There's plenty of great options to immerse yourself in the unique duality of the city.